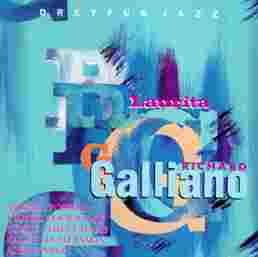 Not too long ago I was sitting in the passenger seat of a van heading north on Interstate 79 through the rainy late-night weekend hours in the mountains of West Virginia at speeds which -- in my opinion -- were bordering on reckless, considering the wet road surface. I had just performed in Charleston with a quartet and we were returning home to Pittsburgh.

During the 230 mile drive I began nodding off while listening to the American Public Radio program "Jazz After Hours" hosted by Jim Wilke. Occasionally I would open my eyes to reassure myself that the driver, guitarist/bassist Henry Shapiro, was staying awake. After a while I became blissfully unaware of the passage of time, caught up in a slumbering torpor.

Suddenly violinist Steven Greenman shook my shoulders and shouted, "Wake up, Henry; wake up!" I jerked upright in alarm; fearing the worst. Perhaps our driver had fallen asleep at the wheel and we were about to hurtle through a guard-rail down into a steep Appalachian gorge.

"Huh? What's happening!?" I blurted out, yet simultaneously observing that all was quiet in the van, with the exception of the hum of the tires on the pavement, the drone of the engine, and the jazz on the radio.

Instantly I was all ears. Luckily my friends woke me at the beginning of the piece. First I heard a gentle percussion beat, a string bass playing harmonics, followed by an accordion which introduced the main theme -- a lively tune -- in a rich mellow bassoon register. After a short string bass solo, the theme returned again, this time played in unison by the accordion and clarinet.

Then the clarinet broke into a solo while the other quartet members increased the intensity of their accompaniment. After a short while, the accordionist burst into the foreground with a wild improvisation -- in master register -- introduced a new tune, broke into scales in distant keys and concluded with some triple bellow shaking.

Then the original theme returned in unison by the accordion and clarinet. Another more relaxed accordion solo followed in the low bassoon register, and finally the piece ended with the accordionist poking around in the stratosphere of the piccolo register while the clarinetist also squeaked in the upper range.

Yet here on American Public Radio was a master musician -- from the newer generation of accordionists, I suspected -- who dared to exploit the full possibilities of his instrument.

I asked my buddies, "Who's playing? Did the announcer mention the accordionist's name?"

"He did, but we don't remember the name," they replied. "Except that it sounded Italian."

I tried to think of some Italian jazz accordionists and asked, "Was it Gorni Kramer?" "No," they replied. "Gianni Coscia, perhaps?" "No." "How about Antonello Salis?" "No! No! No!"

My friends tried to cheer me up, "Hey Henry, maybe the host will announce the name of the performer when the song is finished."

As the piece ended, I turned up the volume in order not to miss the name. I was not disappointed, "That was a tune called 'Leo, Estante Num Instante' by Hermelo Pascoal, the first track from a new album from Disques Dreyfus titled 'Laurita,' featuring accordionist Richard Galliano."

"Galliano!" I exclaimed! "No wonder I couldn't think of his name; Richard Galliano is French, not Italian! I've got one of his first albums at home, a little 45 RPM LP recorded in France in 1979."

I hummed that catchy Pascoal tune for the remainder of the trip and even wrote it down on manuscript paper when I returned home. I decided that I had to get this album.

Imagine my surprise and pleasure when Monday morning I found a review copy of the very same disc in my mailbox!

All the tracks are exceptional. The rock 'n roll beat of the one Zydeco tune, "Mr. Clifton," written in tribute to Clifton Chenier, stands out, as does the fusion jazz violin solo of Didier Lockwood in "Decisione" and the jazz harmonica solo of Toots Thielemans in Giselle.

Galliano is also a fine composer and his original compositions to a large extent define the mood of the album: deliciously dreamy and nostalgic, echoing the melancholy of Paris. He incorporates elements from the varied styles of be-bop, tango, popular wa ltz, fusion jazz, traditional accordion music, the blues and Zydeco.

I think "Laurita" is an album which should be in the collection of every connoisseur of fine jazz.