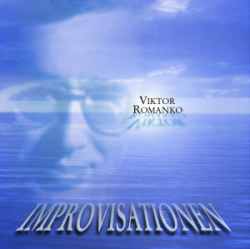 Before I had a chance to read the CD booklet notes about this CD, I put it in my car stereo and was instantly delighted to hear the J.S. Bach Preludium in D Minor which I had recorded in 1990 and released on a cassette: Music by Bach and Handel. I thought, "This Romanko fellow is quite a superb performer! I think he might even play that piece better than me!"

Following the Bach I heard stunning performances of two movements from Zolotaryov's Sonata No. 3. Normally I do not like recordings which omit movements from multi-movement works. It's like buying a book and discovering that several chapters are missing. It certainly disrupts the flow. But I thought, "What the hell, he's such a good performer. I guess I can tolerate it." After the Zolotaryov came a children's suite by Derbenko. All in all I was really enjoying myself listening to great music for free-bass accordion.

However, I was totally unprepared for what came next: a flashy and vapid version of Carnival of Venice?! I thought, "What's this doing on this CD?" More shock was in store for me: the remainder of the CD was nothing more than barrages of scale passages and arpeggios padding a few light stradella-bass arrangements of Russian folk tunes like Two Guitars and Volga Boatmen, and, later on, even When the Saints Come Marching In and Happy Birthday!

What was going on? Perhaps my CD player had accidentally skipped over and gone on to another unrelated CD? No. It was the same CD and the same performer; playing music of opposite styles. I thought, "Serious classical accordion lovers might be disappointed in the second half of the CD, while traditional accordion lovers might be disappointed in the first half, especially the Zolotaryov sonata."

Mort Herold, at one time a great American concert accordionist, wrote, "The fact remains that most people who like the accordion don't like classical music, and most people who like classical music don't like the accordion. Admittedly, a tough nut to crack!" The French musicologist, Pierre Gervasoni, wrote, "The accordion's traditional audience does not easily accept 'concert music' by this instrument and generally dislike the most sophisticated works of the current repertoire: Zolotaryov's Third Sonata and Gubaidulina's De Profundis."

Only when I got home and read the CD booklet notes (written in German and English) did I understand what was going on. Viktor Romanko, a professor at the Ural-Conservatory in Ekaterinburg, Russia, recorded his improvisations on popular tunes, which seems to be a big hit at his concerts.

Perhaps these improvisations might make for an exciting encore piece at the end of a recital, but putting ten of them on a CD was a bit much. I wouldn't mind if the entire CD was filled with encore pieces; at least it would be consistent. But after hearing the Bach, Zolotaryov & Derbenko, my expectations were aroused and I was sorely disappointed.

I would LOVE to hear Professor Romanko's first two CDs which are programmed with serious classical works for accordion.