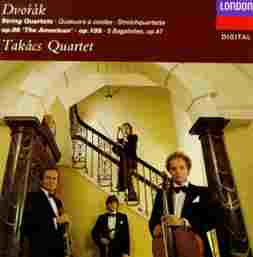 The harmonium (essentially a free-reed organ) is said to have been invented in 1842 by the Frenchman, Alexandre Debain (1809-1877), although its prototype, Kirsnik's Harmonica, appeared more than fifty years earlier. By the second half of the nineteenth century the harmonium had evolved into a sophisticated instrument. The bellows were pumped by two foot pedals and the more expensive models had two keyboard manuals (each encompassing a range of five octaves) with up to thirteen stops (ranging from a sixteen foot Bourdon to a two foot Harpe eolienne), including tremolo and one or two knee-pedals to control volume. It was a popular instrument for churches which could not afford a pipe organ.

In addition, the harmonium was favored for home music-making alongside the piano and in the cinema as a means of musical illustration in the era before sound films. Many nineteenth-century composers wrote serious music for the harmonium, such as Camille Saint-Saens, Cesar Franck, Louis Vierne, Gioacchino Rossini, Sigfrid Karg-Elert, Max Reger, Richard Strauss and Anton Dvorak.

Dvorak's Bagatelles for two violins, cello and harmonium was written in 1878, during a time when the composer frequently played chamber music with friends at the flat of the critic Josef Srb-Debrnov. Here he was able to play though new works in relaxed surroundings before public performances. He wrote the Bagatelles for one of these gatherings, making use of Srb-Debrnov's harmonium which, judging from the absence of a viola part (the viola was Dvorak's customary instrument), the composer himself probably played.

He demonstrated his usual resourcefulness by deploying the warm tones of the harmonium as a middle part or as a bass, allowing the cello the free range of its upper register. The harmonium part is not difficult to play; it functions more or less as a non-obtrusive harmonic background to the other more interesting string parts, although occasionally it is given some important melodic material.

The other two works on the CD are more representative of Dvorak's output; Jan Smaczny wrote in the CD booklet, "the string quartet might be seen as the best barometer of Dvorak's compositional interests." The quartet in F major (The American) was written during the composer's first summer holiday in the United States in 1893. In the congenial surroundings of a rural Czech community in Spillville, Iowa -- in the heart of America's breadbasket -- Dvorak sketched out the quartet in three days and finished the piece within two more weeks. According to Dvorak's secretary, Jan Kovarki, the second theme of the third movement was inspired by a bird local to Spillville.

The Quartet in A flat major was written two years later. It was begun in New York in March 1895 and finished at his home in Bohemia by December; undoubtedly helped by spending a happy Christmas with his family -- the first for three years.

The Takacs Quartet performs the three works brilliantly. In my humble opinion, this CD is a must for classical harmonium lovers.