This article was reprinted in its entirety from the September 1937 issue of Accordion World (New York). 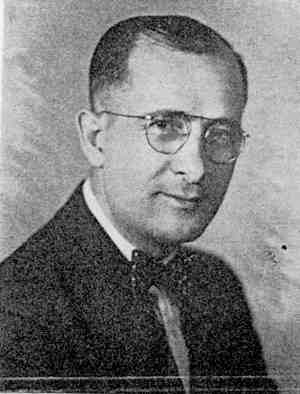 It was a little more than twenty years ago that the pipe organ was introduced in the American theater. At that time "legitimate" organists were loud in their denunciation of this theatrical venture, for they thought that if people wanted to hear organ music they would go to a church for it. The organ, however, proved tremendously popular with theatrical audiences, and, as a result, organists were in great demand—at salaries ranging from $75.00 to $100.00 per week. Gradually those who had felt theater work beneath their dignity began to see the situation in a different light. Many of them, though, reconstructed their ideas too late, for talking pictures and "canned" music began once more to revolutionize theatrical programs, and to take the place of real musicians.

And now a new musical era is here—the era of the Accordion. May I sound a note of warning at this time to all pianists and organists to get on the band wagon? Studios all over the country are clamoring for good teachers. Both pianists and organists (especially organists) by virtue of their previous musical training make ideal teachers for this more modern instrument.

My own career has brought me in close contact with these changing conditions. Originally, I was a church organist, but fortunately, I had a prophetic feeling that the theater was a coming field for the organ, and I was glad of an opportunity to change to this field. The next ten years were both busy and remunerative as I filled many theater and radio engagements. Then with the decline of theatrical work, I began to consider other musical possibilities to take its place, felt slightly disdainful of it. However, one day I was passing a music store, and seeing one in the window, my curiosity was aroused. I went in; tried playing one, and had the basses explained to me. Almost immediately I lost my prejudice, for the accordion seemed nothing but an organ in a new form. Ever since I have objected to the name piano accordion because I feel it in no way resembles a piano. The piano keyboard is just as much an organ keyboard.

Well, the result of my impulsive stopping in the music store was the purchase of an inexpensive instrument, which I immediately took home and the next day spent four hours playing. Two weeks later I made my first appearance as a professional accordionist at the First President's Ball to be held in Philadelphia, playing with an orchestra of thirty pieces. This was really the beginning of a new career for me. Not only have I been busy with radio and personal engagements, but now have four bands under my personal direction.

Soon after starting to play the Accordion, I also began to give instruction to a class of six members. From the first I conceived the idea of developing an organ chorus using four part harmony. It also seemed to me that the best idea for getting the organ idea across to an audience was to have the members of the group dress in vestments. Four months later I had my first vested group. Today, we do a great deal of work in churches, and when the chorus, garbed in this manner, marches into a church, playing a processional tune, it is really inspiring. We also use vestments very effectively in concert work when playing such numbers as "The Rosary," "Mighty Like a Rose", etc.

Connected with our Philadelphia Studios we now have four bands; a junior group, using twelve and forty-eight bass instruments ; the Camden Chorus; the Philadelphia Organ Chorus; and the Excelsior Organ Chorus. Each of these groups I direct personally once a week.

My change to the accordion was quite a surprise to some of my fellow organists. Sometime ago, I chanced to meet an acquaintance who was an excellent organist, but who was nevertheless not having much opportunity to use his talents. He asked where I had been, and when I answered "Busy!" he could hardly believe it. When I told him it was with the accordion, he was very amused and a little scornful. "It's a good bet. Think it over." I told him.

Recently he called me up to ask more about it and today he is teaching at our Philadelphia Studios. As a result of my experience with the organ, I have a somewhat different conception of how the accordion should be played from that of a pianist or of a person who has had no previous musical training. And in another article, will give my theory of how to take advantage of the wonderful organ effects that may be obtained with an accordion.