This article was reprinted in its entirety from the Christmas Issue 1950 of Accordion World (New York), p. 15. 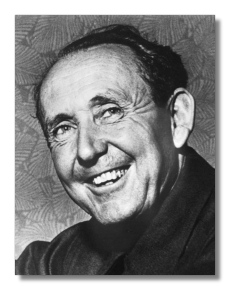 In November, 1946, Dr. Roy Harris was commissioned by the Midwest Accordionists' Association to write a work for accordion and orchestra. It was completed April 13 1947. In June, 1947, the composition was presented over station W.J.Z. by the American Broadcasting Symphony Orchestra with Andy Rizzo as accordion soloist.

Frankly speaking, the concerto, as it was then known, had indifferent reception. Music critics as well as accordionists, questioned the work. What was wrong? In this article I will discuss these questions and attempt to solve them logically.

First I should like to state, that from the first time I heard the piece, I liked it. To me it represented a great stride forward, toward the recognition of the accordion. Here at long last was the first attempt at serious modern music for the accordion, written by a recognized contemporary composer. That fact alone gave me enough incentive to want to obtain, study, and perhaps some day perform the composition.

About two years later I finally procured the accordion solo part and piano reducation [sic] from Carl Fischer's, Dr. Harris' publishers. I carefully studied the score, musically, and accordionistically, with a home recording I had made when it was first introduced on the air. In form the piece is definitely a theme and variation, not a concerto. After an orchestral introduction, the accordion enters with the somber 3/2 theme. The theme is written in two parts, the first expressing a minor mode, the second a major. After much development, the work builds up to a mighty fortissimo, which is broken as the accordion enters for the technical and effective cadenza. The cadenza is terminated by a tympani [sic] roll and after a return to the first theme by accordion and orchestra, the work ends. Troughout [sic] the development, the orchestra carries variations recognizable to the theme, while the accordion has beautiful contrapuntal figures as only Doctor Harris could write. This together with the many intricate and delightful rhythms result in an attempt different and fresher than any other accordion composition.

The big fault with the work was that there was to [sic] much orchestra and not enough accordion. I merely took some of the symphony parts and incorporated them into the accordion solo, making sure I left the original harmonies intact. I also made a playable piano reduction of the score, so now the work can be performed by those two instruments.

It took me over a year to complete both piano and accordion parts, but it was well worth it. I am proud to say I will perform this "Theme and Variations for Accordion" in New York's Times Hall, February 11, 1951.

Our instrument is in desperate need of original literature, as it is logical to assume that for the accordion or any instrument to be recognized it must have its own repertoire. This new music must be provided by not only accordionists, but recognized and outstanding contemporary composers. Up till now all the original literature for accordion has been written primarily by accordionists whom, including myself, have not as yet established themselves as composers in the musical world. Transcriptions are fine but they still do not solve the problem of creating new music for the accordion.

Our hats are off to Andy Rizzo for instituting the work. Only through such pioneering will we get the kind of music that accordionists will be proud to own and perform. May it light the way for others to follow.

I will be more than happy to answer any questions pertaining to this article. Address all inquiries to 1825 Church Avenue, Brooklyn 26, N.Y.

The Classical Free-Reed, Inc. staff gratefully acknowledges volunteer Robert W. Kubacki, who assisted in the production of this article, as well as Stanley Darrow and the comprehensive American Accordion Musicological Society library.