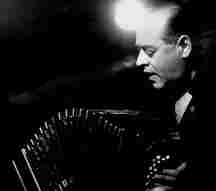 The quartet was founded in Mexico City in 1981 and within two years was awarded the prize of the Music Critics Association in Mexico. Since its founding, Cuarteto Latinoamericano has become a unique voice in classical music, bringing the works of Latin American composers to the world. They have performed on three continents and recorded the most important string quartet literature by Latin American composers, as well as works by Ravel, Dvorak, Borodin, Gershwin, Puccini and others. Presently the quartet is recording for Dorian the entire circle of Villa-Lobos' 17 string quartets.

The first half of the program consisted of two works from the early part of this century. Villa-Lobos' fourth quartet was composed in 1917. Cuarteto Latinoamericano performed this work -- as well as all the works on the program -- with confidence, brilliance and sensitivity. I especially remember the loveliness of the Allegro con moto, the rejuvenating and plaintive melody of the Andantino, the angular rhythms of the Scherzo and the energetic fugue theme of the final Allegro. A more grave group of musicians may be difficult to find, as their concentration exhibited no sign of relief, except for a brief smile by violist Javier Montiel at the conclusion of the Scherzo.

The delicate Gershwin Lullaby was exceedingly beautiful and featured shimmering harmonics by all four players. Despite the beauty of the Villa-Lobos and the Gershwin, the highlight of the concert was the second half: Piazzolla's Five Tango Sensations featuring bandoneˇnist CÚsar Olguin.

CÚsar Olguin was born in Buenos Aires, Argentina, where he studied with master bandoneˇn players Tito Cabrera and Alberto Nuñez Palacio. Currently Mr. Olguin resides in Mexico City, where he has presented numerous shows featuring music by Astor Piazzolla, such as Operacion Sur and homage to Astor Piazzolla. In 1993 he gave the world premier of his work Suite Piazzollana in Mexico and Argentina; in 1996 he premiered his show Solo como un perro in Mexico City and subsequently took it on tour to eight cities in Japan. CÚsar Olguin performed Five Tango Sensations with the Cuarteto Latinoamericano on November 4 at the Society fo the Americas in New York City, and will again perform the work in Mexico City on December 5.

As soon as the performers walked on stage I observed a striking contrast: the string players exuded a seriousness bordering on stuffiness: they dressed for the most part in gray business suits. On the other hand, Mr. Olguin was more relaxed and informal: he wore a black long-sleeve shirt without a tie. In addition, the string players performed while sitting on classy padded institutional chairs, but Mr. Olguin performed while standing, his left foot placed on a large ugly wooden crate in order to rest his instrument on his knee.

Although Mr. Olguin may have been dressed informally, his playing proved him to be a master of his instrument, on par with the members of Cuarteto Latinoamericano. (After the concert, Pittsburgh composer and conductor David Stock, exclaimed to me, "What a MASTER musician! Extraordinary!"

In addition to his musical skills, Mr. Olguin revealed a stage presence and sense of humor which I found refreshing; he obviously enjoyed performing and he even smiled a few times! I couldn't help but notice the huge grin which he flashed during one point in Despertar when he stretched his bellows out to their maximum distance: some four or five feet in length! (Perhaps he was feeling lucky that he didn't run out of air?"

I am familiar with Five Tango Sensations from listening to the Nonesuch recording of the work by the Kronos Quartet with Astor Piazzolla himself on bandoneˇn. I am pleased to report that the performance by Cuarteto Latinoamericano with CÚsar Olguin was just as enjoyable for me.

From the quiet opening solo bandoneˇn melody of Asleep, the audience was mesmerized. The quintet played together with precision. Two movements nearly moved me to tears: Anxiety and Despertar. The opening bandoneˇn solo of Despertar was especially satisfying to me, as it was the only time both right and left hand were used simultaneously.

An interesting and effective bandoneˇn technique in Anxiety was slamming the bellows shut after phrases. Another interesting technique (in Despertar) was the cellist striking the strings of his instrument with his bow as well as with his palm.

I could find nothing to criticize during the entire concert, with one exception: I would have preferred if the individual voices of the fugue in Fear entered more prominently, as the bandoneˇn seemed to overpower the strings at times. All in all, the concert was a wonderful experience for me, as well as for the rest of the audience, judging by the applause. Graciously, the performers satisfied our desire for an encore by playing Piazzolla's Milonga as arranged by Mr. Olguin.

When all was finished and the performers stepped down from the stage onto the floor to greet concert-goers, an elderly white-haired man presented Mr. Olguin with a gift: a bandoneˇn which he had purchased in 1953 while stationed in the U.S. military in Berlin. He said, "I haven't played it for 40 years! Perhaps you can take it back to Mexico to give to one of your students."

How I wished to have that instrument! as I had recently decided that I MUST LEARN the bandoneˇn after my recent four-night gig playing (on accordion) Piazzolla's Libertango with the Pittsburgh Symphony. Unfortunately, I was not destined to be so lucky, as Mr. Olguin had other plans for the instrument.

However, he did promise to send his photo (which I posted at the top of this review) in the mail after his return to Mexico City. He also offered to send me some of his CDs for The Free-Reed Review. Certainly, I will not forget this concert!