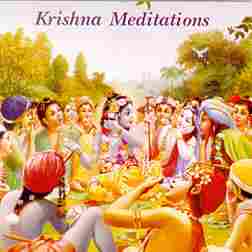 Nineteenth-century European missionaries introduced the table-top harmonium to India as an aid to converting the Hindu populace to Christianity. The missionaries used the harmonium to accompany the singing of Western hymns, as the instrument was an inexpensive and portable substitute for the traditional instrument of the Church: the pipe organ.

Whether or not the harmonium actually helped the missionaries to convert the Hindus to Christianity, I do not know, but this I do know: in a curious twist of fate, the imported European instrument was universally adopted by the indigenous Hindu population to accompany their own native songs of worship. Today, the harmonium is one of the most popular instruments of temple worship in India.

As can be expected when comparing different cultures, the Indian style of music is very different from its Western counterpart. With few exceptions, traditional Western worship services include four or five hymns (each lasting two to four minutes in length) which are interspersed within a program consisting of a litany of prayers, readings from scripture and a sermon, which usually lasts not more than one hour. The hymns are normally led by a trained organist or choir director and are often sung by a choir of four independent polyphonic voice groups (soprano, alto, tenor and bass). The congregation sings along by reading composed music in hymnals.

On the other hand, in the Indian style, the hymns are often much simpler in structure: the singing (as well as the instrumental accompaniment) is a monophonic single-line melody (although it is often accompanied by a drone) and the accompaniment may be improvised. Hymnals are superfluous, as the songs are sung in an antiphonal call-and-response fashion: the cantor (who may not have any formal music training) sings the verses and the congregation repeats each phrase.

In the Indian services, the singing often accounts for more than fifty percent of the total service and occasionally bhajans last a half-hour or more. I have personally attended services in which the chanting lasted for more than an hour. A short refrain may be repeated dozens or even hundreds of times, sometimes invoking an intense devotional state in the minds of the participants. Due to the lack of written music and text, the worshippers often close their eyes and focus completely on the sound vibrations, which they believe to be transcendental. Clearly the Indian experience is experiential and not simply intellectual.

There are two types of congregational chanting: kirtan and bhajan. The extroverted kirtan is characterized by energetic high-pitched singing and accompanied by loud percussion instruments like karatalas (hand cymbals) and the mrdanga (two-headed Bengali drum). In addition, members of the congregation may participate in energetic dancing.

In contrast, bhajan is characterized by subdued, meditative singing. The congregation does not dance, but sits on the floor. The soft-voiced harmonium is often the instrument of choice for accompaniment, although mrdangas and karatalas, as well as the quietly mysterious plucked four-stringed drone instrument called the tampura, are often used.

This CD, Krishna Meditations, is a superb collection of five bhajans written by prominent saints of the monotheistic Bengali-Vaishnava tradition and was recorded in 1974 by A.C. Bhaktivedanta Swami Prabhupada (1896-1977) with accompaniment by several of his German disciples. Swami Prabhupada is known among the international academic community as the author of more than fifty volumes of translations and commentaries on dozens of ancient Sanskrit and Bengali scriptures; he is known to the general populace as the founder of the Hare Krishna Movement (International Society for Krishna Consciousness).

In this recording, Swami Prabhupada's baritone voice is expressive and melodious; his harmonium playing is fluid and sophisticated. In contrast, the accompanying instrumentalists (obviously not experienced performers on the Indian instruments by any stretch of the imagination) play an adequate, but totally unimaginative and passive role in accompanying their guru. But this did not necessarily detract from my appreciation of the CD, as it allowed me to focus completely on the sound of Swami Prabhupada's voice.

Clearly this performance was not intended to be a virtuoso demonstration of the art of Indian music. None-the-less, the performers admirably succeeded in fulfilling their purpose: to provide spiritual seekers with a taste of the devotional ecstasy that devotees feel for their worshipful supreme deity: The Divine Personality of Godhead, Sri Krishna, who is pictured on the CD cover as a young boy along with some of his cowherd boyfriends.

The excellent sound quality of this recording is a credit to the engineers, as it allows the listener to imagine sitting up close to the intimate ensemble and to hear many subtleties in Swami Prabhupada's evocative voice and harmonium interpretations. The CD booklet includes the Sankrit and Bengali song texts and their English translations, but is disappointingly lacking in any biographical information what-so-ever about A.C. Bhaktivedanta Swami Prabhupada or the authors of the songs.

I was familiar with Swami Prabhupada only due to my close association with ISKCON, having served at the New Vrindaban Community for sixteen years in various capacities, including Minister of Music. In fact, I personally led hundreds of kirtans and bhajans while accompanying the congregation on the harmonium during my tenure there. I also had the pleasure of personally serving with Cakravarti dasa -- who played karatalas on this historic 1974 recording -- during the years he lived in the United States.

To fully appreciate this CD, I suggest that you burn some fine incense, dim the lights, sit quietly on a comfortable chair and close your eyes. The experience will be well worth it!