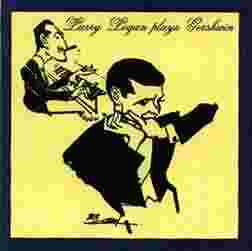 Summertime
There's A Boat That's Leaving Soon for New York
Bess, You Is My Woman Now
It Ain't Necessarily So
Someone To Watch Over Me
Embraceable You
Rhapsody In Blue

Larry Logan is on a roll! In addition to the recent release of his 50th Anniversary Concert Video which I just reviewed on these pages, he has also released his second CD, Larry Logan Plays Gershwin.

Although the artistry of the performers was excellent, I was disappointed for several reasons. First of all, the CD is hardly 33 minutes long. I am used to CDs which are often twice as long. Second, I thought the abridged version of Rhapsody In Blue lacked cohesion. Gershwin's Rhapsody is already disjointed enough when it is played as originally written. In this arrangement entire sections were chopped apart and deleted, then the remaining sections were pasted together without much concern for the flow of music. Of course this happens anytime a piece is shortened, but in this particular case, I felt that, in places, the Rhapsody had been amputated by the cleaver of an incompetent butcher of an arranger.

Third, the sound quality is inconsistent. Only two tracks (3 and 7) have an acceptable noise level, There's A Boat That's Leaving Soon for New York, and Embraceable You, which were obviously recorded in a studio. These two tracks are beautiful. The sound is gorgeous. Perhaps the thump of the piano pedal is a bit heavy, due to close microphone placement, but I can tolerate that.

Unfortunately, the other tracks leave much to be desired. The first track, a medley of five tunes, was taken from Logan's live 50th anniversary concert. I'll admit that the sound quality of this track was better than the sound quality of the video; at least on the CD I could hear the drums and cymbals a little. But the background noise was too high for my tastes.

Now I'm not talking about audience noise, coughing, foot shuffling, etc. I don't mind a little audience noise in a live recording. No, I'm talking about a hum that seemed to come from an amplifier somewhere, perhaps the sound system. Of course most of the time I didn't notice the noise, but when performers softened their dynamic levels, there it was, plain as day. To add insult to injury, the fade out at the end of track one began normally, then abruptly cut to zero. Not cool.

Several tracks, most notably Bess, It Ain't Necessarily So, and Someone To Watch Over Me, sounded like they were taken from a vinyl record. Sounded like scratches to me. This is not a new criticism of Logan's recordings. In my review of his first CD, Souvenirs, I wrote "the sound quality of several of the tracks is absolutely terrible."

I wish all the tracks on Gershwin were recorded with the same care and attention as tracks 3 and 7. It would really have been a superb CD. Of course, you may not notice the variations in sound quality if you do not have a high quality sound system or if you do not listen through headphones, but if you are an audiophile, you most likely will be disappointed.

I have not said much about the artistry on the album, as I was too wrapped up in other matters. For the record, the performers display a high level of musicianship on this CD.